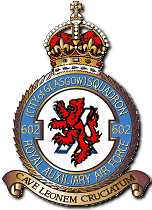 Ok, so most of you will know by now that Team Fusion have been working on a really big update to IL2 Cliifs of Dover. You will also know that the patches they created previously saved the game from oblivion and have created what is, probably, the best World War Two flight simulator out there today.

So, naturally, people have been looking forward to the latest patch, which promises much. This weekend Team Fusion released a video:

As you can see they had everyone fooled and it will be located in Alaska. “Alaska” I hear you cry, “WTF happened in Alaska?” or is it? Oh wait, no, as predicted it is located in North Africa, centred on Tobruk. So, we get a back and forth series of battles with both sides going on the offensive and then a retreat, we get new aircraft, a new (hopefully) Storm of War Campaign – with Red able to go on the offensive just as much as Blue.

New aircraft that we are aware of (so far):

There may be others that I have not picked up on, for Blue at least, however, the main thing is the new map. We do not know if it contains Malta, but it probably does not. We know that there have been a lot of tweaks and a lot of additions. One of the biggest, for me, after the aircraft is Occulus Rift Support. No more Track IR, 3D cockpits, one to one head movement, I’m hoping it steals the crown back from DCS World as a result.

Anyway, really looking forward to this coming out, whenever it manages to arrive. I’m sure it will be worth it.

and here are the results

Welcome to WordPress. This is your first post. Edit or delete it, then start blogging!